COVID-19 Update - Flying Tech is open and operating as usual - thanks to all of our customers for their support. 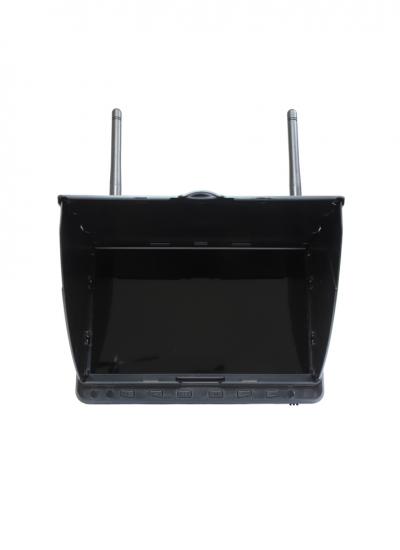 The HD02 from Skyzone is a high quality FPV monitor packed full of features. As FPV monitors go, it has pretty much got it all; it combines a fantastic 7-inch LCD display with an equally good 40-channel 5.8GHz diversity receiver, along with a HDMI interface and a DVR too (available as an option).

The display is one of the best with seen in an FPV monitor. It outputs a high-resolution picture (1024 x 600 pixels) that shows a good level of detail. It also produces a vivid image with accurate colours and a good level of contrast (700:1). Some monitors are unusable in sunlight, which is impractical for an FPV monitor - not this one. Its 600cd/m² LED backlit screen is the brightest we’ve used and can be seen easily on the brightest of days. It even comes with a removable sunshade that will help keep unwanted light off the screen to eliminate glare, while also giving it a professional look. The sunshade also folds away to protect the screen when you’re done using it.

The screen alone makes this a standout monitor, but the inclusion of a 5.8GHz diversity receiver is a real bonus. A diversity receiver is essentially two receivers all in one. In essence, this allows you two mix and match antennas for a solid video link. So it might be that you select a circular polarised omnidirectional antenna, which will provide good reception in all directions in the near field, and a directional high gain patch antenna for long distance flights. The diversity receiver is clever in that it will seamlessly switch between the receivers with the strongest signal. The receiver operates over 5 bands and boasts 40 channels, including Raceband, making it compatible with most FPV gear, including ImmersionRC, Fat shark, Boscam amongst others. Best still, for ease of operation there is a button for auto channel searching.

With the addition of a DVR, the HD02 is a complete all in one ground station. The built in DVR lets you record and play back your flight for you and your mates to enjoy over and over again. More importantly, the DVR could also be a life saver for your model. Couple your FPV setup with an OSD (on screen display) and if you lose your model, play back the video to get the GPS coordinates of the crash site. The DVR records at a resolution of 720x576 and the format is MP4. Note that the DVR requires a micro SD card to record footage (supports up to 32GB).

The monitor also features an AV input port and an AV output port along with a HDMI input. This means that you can use it as just a monitor and feed it with a signal from a different receiver or directly from a camera or HD downlink via HDMI. Alternatively you can use the HD02’s inbuilt diversity receiver and output the signal to another display, for instance FPV goggles via the AV output.

Finally, powering the monitor is straightforward. It comes with a detectable 2000mAh battery or it can be powered from an external power source, DC 7V- 24V supported. A JST charging lead is supplied.

The HD02 is available with and without a DVR, please select as required. 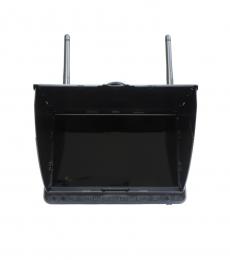 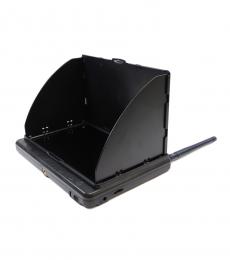 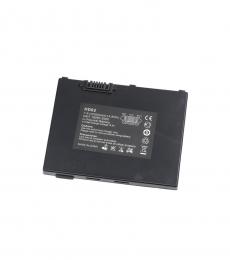