Yes, another new ESC! Favorite's Little Bee ESC's have been a big hit with mini quad racers, being the number one choice for most drone pilots. The new 'PRO' version of the popular mini 20amp ESCs may look the same as its predecessor, but it has one big upgrade, a new processor. The old FVT 20A used the Silabs F330 MCU, the new Pro ESC has the Silabs F396 MCU which runs nearly twice as fast; 48Mhz vervs 25Mhz, and it also comes equipped with a bit more flash memory and RAM. It's yet to be confirmed, but the extra processing power should result in more thrust for high RPM motors.

The Little Bee ESCs arrive factory-flashed with BLHeli firmware, supporting OneShot125 and damped mode to give ultra fast throttle response. For those than don’t know, BLHeli is a next generation firmware which looks set to take over from the dominance of SimonK firmware. BLHeli offers great new features like OneShot125* and Damping Light. OneShot125, simply put is a feature that lets your flight controller communicate with your ESCs much faster; the result being your multirotor can respond much quicker to commands. On the other hand Damping Light is a sort of active breaking. With normal ESCs when you reduce the throttle, the motor will only be slowed down passively by the drag of the props. With Damping Light enabled, the ESC will act like an electronic brake to actively reduce the motor speed. Again, this feature makes for a much more responsive and stable multirotor. While OneShot125 and Damping Light are the killer features of BLHeli, there are other benefits. For example, you can configure the ESCs to sound a beacon if they sit idle for 10minutes, which might just help you find your racing quad if you crash it in a field of long grass.

Thankfully the configuration is made easy by the BLHeli software suite, and connecting them to a computer is also straightforward. The Little Bee ESCs are some of the first ESCs that actually support configuration via your flight controller. This means you don't need to remove them from your drone or even use a USB linker (although this is also supported - compatible USB linker). Simply install betaflight (instead of cleanflight) on the FC and download the latest BLHeli suite - more instructions here.

NOTE: These ESCs have no BEC, they are OPTO. You will need a 5V BEC to power your flight controller/receiver.​

*Your flight controller must support OneShot to take advantage of this feature.

For more information about BLHeli, please refer to the BLHeliSuite website. 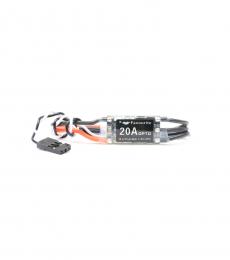 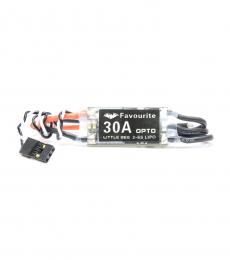 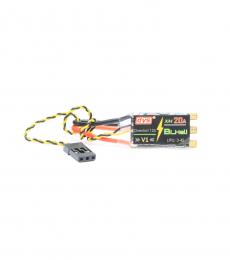 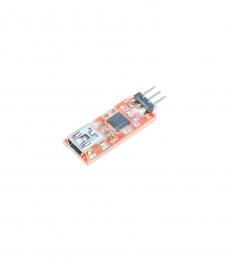