We often get asked, 'what transmitter do you recommend for someone getting into multirotors' and we always reply the FlySky FS-i6X. As radios go, it ticks all of the boxes and much more. Sure, it's not a really expensive big brand radio like a Futaba, JR or Spectrum, but why pay more, often for features you won't use when the FS-i6X is more than capable for most applications.

The FS-i6X is the upgraded version of the FS-i6, which is a radio that has been around for several years and stood the test of time with a popular following providing lots of related YouTube videos for support. This FS-i6X version of the i6 retains the original form factor of the i6, but adds support for a 10 channel receiver via a firmware upgrade, whereas the i6 only supports 6 channels.

The FlySky FS-i6X includes all of the important features and programmable parameters to support helicopters, gliders, airplanes and of course multirotors. It even has the ability to store 20 models allowing the user to save a whole fleet of aircraft. For the racing drone pilots out there, you'll benefit from its three-position switch for setting flight modes and its iBus / Sbus support for quick and easy installations. It even has a telemetry capability. As standard the LCD display shows real time receiver voltage and if you purchase the FS-CVT01 sensor, flight battery voltage can be monitored too.

The transmitter comes with the FlySky’s FS-X6B which is a dual antenna receiver. Best still it arrives pre-bound so you can literally be up and running in minutes. It also has the added benefit that the board, which measures 36x22mm has 30.5mm mounting holes so it can be added to an FC stack. While the X6B receiver has traditional PWM channels output, it also supports iBus, SBUS and PPM. The advantage of these Rx protocols over traditional PWM channels is that you only need to use one signal wire rather than one for each PWM channel.

Programmable radios with seemingly endless and complicated menus can be a little intimidating for beginners, not this one. The FS-i6X is very easy and intuitive to program. It is implemented with simple push buttons, allowing quick and easy menu navigation and manipulation. It features a large easy to read LCD display which is even backlit, while its simplified menus will immediately put first-time programmers at ease. Many programming functions like throttle curves and expo are graphically depicted to give you a clearer picture of the changes you're making.

The transmitter employs FlySky’s latest 2A AFHDS (Automatic Frequency Hopping Digital System) 2.4GHz advanced technology, with built in multiple channel coding and error correction for superior reliability while extending the transmission distance. It is also equipped with a super active and passive anti-jamming capability and has very low power consumption with high receiver sensitivity. The 2.4GHz system puts the radio out of the frequency range by any “noise” generated by other electronic components in your model such as the brushless motor, speed controller, servos, or other metal to metal noise. This eliminates interference and glitching that can plague a traditional radio system. For those with older FlySky receivers, the i6X is backwards compatible with the original AFHDS system too.

Best still, the build quality and general feel of the FS-i6X matches the great performance of the radio. Its slim casing ergonomically fits your hands, while the adjustable length control sticks are nicely weighted and smooth, with a feel similar to that of the more expensive Japanese radios. The radio also features a large carrying handle and a neat built-in antenna, which is less prone to breakage than traditional antennas. Even small details such as the position of the strap hook have been considered; it's located spot on the balance point of the radio.

All in all the FlySky FS-i6X represents great value for money, boasting an excellent control interface and super features making it the perfect choice for multirotor pilots. 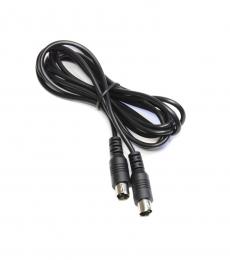 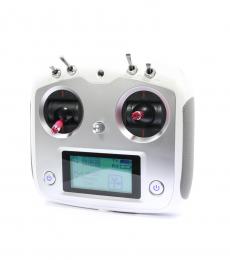 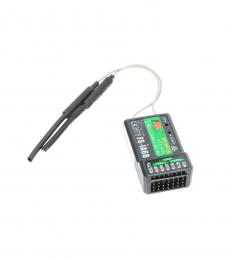 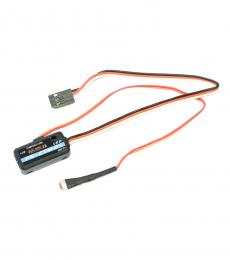 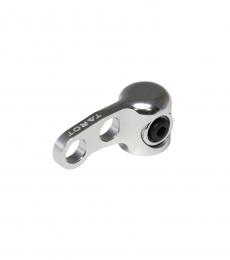 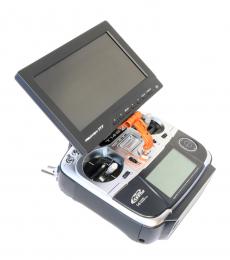 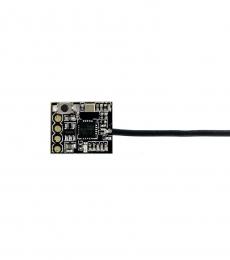