£19.99
MultiStar batteries are purpose built for multirotor applications, each tailored for the best size/power/weight needed for their intended use. MultiStar delivers again for the mini market with this pack for high power 250 FPV racer quads!
Brand:
Turnigy
Collection:
Accessories
Category:
Batteries 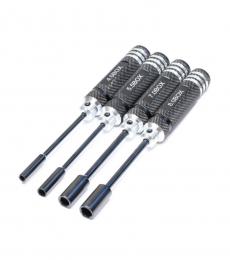 £9.99
These socket drivers are a great addition to any toolbox. The set includes a good range of metric sizes: 4.0mm, 5.5mm, 7.0mm and 8.0mm to suit M2, M3, M4 and M5 hexagonal nuts. The sockets are made from high strength tool steel to reduce rounding and ensure a good fit each time. Finally, they have lightweight aluminum handles which are knurled to provide extra grip.
Brand:
Turnigy
Collection:
Accessories
Category:
Tools
Barcode:

£24.90
This portable electric soldering iron set not only has an excellent 60W soldering iron but all the accessories, like solder, tip cleaner, sucker and tweezers, required for successful soldering plus a storage case to keep all the tools together. Temperature setting is easily adjustable between 200C and 450C to meet most requirements and a handy indicator light lets you know when the iron is on. This lightweight soldering iron includes an ON-OFF switch for ease of use and energy efficiency and the tip can be easily changed with most "Hako" type tips to suit your soldering needs. The internal heating core is highly efficient and the handle uses new environmentally safe materials that are safe and durable. Included is a support stand to hold the soldering iron when not in use. A great package with everything you need. Features: Includes handy storage case Small size, light weight, easy to carry Highly efficient internal heating core Adjustable temperature dial Power switch to turn off the iron when not in use making it safer and energy efficient The handle uses completely new environmentally friendly protection material that is safe and durable Comes with all the soldering accessories required for successful soldering
Brand:
Turnigy
Collection:
Accessories
Category:
Soldering Equipment 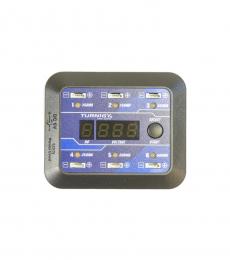 £19.99
Charging your fleet of micro batteries just got easier with the Turnigy Micro-6. The Micro-6 is setup to specifically charge micro batteries with 6 independent ports and a 3 digit LED voltage display. Charging micro batteries can be difficult on some larger chargers because they're setup for higher capacity packs and may not charge your micro battery fully resulting in shorter run times. With this handy little charger you simply plug it into a PC, USB wall plug (available here) or a USB power pack for charging in the field. Features: 6 independent ports can be used at the same time Each port can be used as battery voltage checker 3-digital LED displays battery voltage The Turnigy Micro-6 is compatible with batteries using a Molex Micro connector (Hubsan/Walkera). If your battery uses a Molex Ultra Micro connector (Blade Pico/Nano QX) you will need this adapter cable x6.
Brand:
Turnigy
Collection:
Accessories
Category:
Battery Chargers 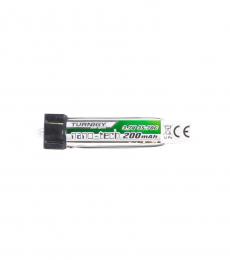 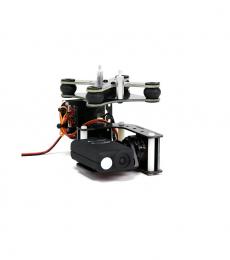 £79.00
Now you can record stunning footage from your Mobius or RunCam action camera using this low cost, light weight 2-axix gimbal. This compact gimbal design allows you to mount your Mobius type camera to it and will provide roll and tilt stabilisation. It's a great way to take your footage to the next level. It uses custom wound AX 2206 brushless motors and the Tarot 2 axis BGC board to control it all. The frame size is 76x67x100mm and weighs in at 160g. This gimbal comes as a kit and does require assembly. Features: Light Weight AX2206 Gimbal motors Tarot BGC and IMU for control Stick and Rate mode for roll and pitch control RC roll and pitch control ALL CNC Aluminum and composite frame Included USB programming tool Note: This is a Kit and does require some assembly and a Windows based computer to flash the Tarot configuration with the included USB tool. Please pay close attention to the bolt locations in the instructions, and note the pitch motor uses the 2 M6 bolts, if the M8 bolts are used could damage the motor windings causing the pitch axis to shake when powered. Assembly Video
Brand:
Turnigy
Collection:
FPV, Cameras & Gimbals
Category:
Brushless Gimbals
Barcode: This is the recommended receiver for the Turnigy TGY-i6 2.4Ghz radio transmitter. It will also work with the Flysky i4/i6 radios as it's the same as the Flysky FS-iA6 receiver.

It’s a 6 channel Rx and it features dual antennas for optimal performance. For the money its represent great value, especially when you consider it even has RX voltage telemetry.