£4.99
High strength fiber tape. Helps to prevent wings from tearing or splitting on impact. Excellent for strengthening foam wings, hinges / flaps & emergency repairs. A must have for any workshop or day at the field.
Brand:
TechOne Hobby
Collection:
Accessories
Category:
Tapes & Adhesives 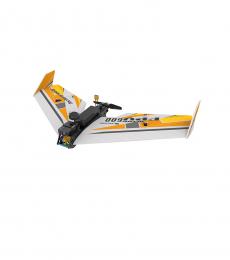 £149.99
The FPV WING 900 II is the upgraded version of the FPV WING I from TechOne. While there wasn't much wrong to be said about the original and many were impressed with its performance and design features, a few complained of a little torsional flex. TechOne have listened and this new version has been upgraded with improved materials and added carbon spars. The V2 wing is now made of a new material, PP replacing EPP used by the original. This has improved the rigidity and torsional resistance of the wing and also improved its aerodynamics. The surface of the new material is also smoother than EPP, so drag is reduced. As with the V1, this new version also has a central carbon fibre fuselage, but its design has been refined to let you house a much wider variety of on-board FPV cameras. It has space and a mount for a CCD type FPV camera such as a RunCam Swift and a vibration dampened platform for a HD recording camera like the RunCam 2 or GoPro Session. Behind the camera mounts there is a space for a FPV transmitter and it has a hole cut ready to mount the SMA FPV antenna connection. In the centre of the fuselage there is space for your flight electronics. Should you wish to use a flight controller there are 30.5mm / 20mm hole mounting points. The open-lid design of the fuselage bay lets you quickly access the electronics by removing a single thumbscrew. As far as the assembly goes, most of the build is already complete out of the box; the servos are installed, as are the motor and ESC. All that's left to do is CA glue the winglets to the wings and install your radio / FPV gear. The wings are designed to be easily removable for transportation. The fuselage incorporates super strong neodymium-magnetics so the wings simply snap into place and they are then further secured by using a couple of rubber bands. This design feature also allows the wings to cleanly separate from the fuselage in a crash, reducing damage. When it comes to flying the wing you won't be disappointed. Out of the box the wing is stupidly fast, but very controllable too. The large aileron surfaces provide for excellent authority, giving the wing awesome roll rate and super tight inside and outside loops. Vertical performance is astounding and you can max the model out in a heartbeat. Additionally the wing itself is fully symmetrical, so it will fly inverted with no issues whatsoever. The F80 motor combined with the 3-blade 5×5 prop not only generates an incredible sound, but it pushes the wing toward the century mark with quickness. Even if you’re not into FPV, the TechOne wing is a great machine as an LOS model for speed junkies. The FPV Wing 900 is a very durable model, but should your require a spare part, all are available - please look at the Spare Parts tab. Please Note: The camera and FPV equipment shown in the product photos are not included with the PNP Bundle. Features: ​Constructed from durable and lightweight PP foam Greatly improved wing rigidity over FPV Wing I Flight electronics included (minus radio system and battery) Carbon fiber central frame to house your own camera/FPV equipment Easy-open lid on fuselage Highly aerodynamic design Stable Handling at low and high Speeds Slick blue, yellow and black racing livery Removable wing for easy transportation  Included: TechOne FPV Wing II Airframe T-Motor F80 KV2500 brushless motor F45A 2-6S ESC 2x 11g Servo 5x5x3 Lumenier Pusher Prop Required: 4S 1500-2200mAh - TBS Graphene 4S 1500mAh 4CH Radio / Receiver - FlySky FS-i6 Optional (For FPV Flight): FPV Camera - RunCam Swift 2 HD Recording Camera - RunCam 2 FPV Transmitter - Foxeer TM VTX with Pigtail FPV Transmitter Antenna - TBS Triumph Circular Polarised Antenna Power Cable - 4S JST Balance Plug  FPV Goggles / Monitors
Brand:
TechOne Hobby
Collection:
Planes & Wings
Category:
ARTF RTF Planes 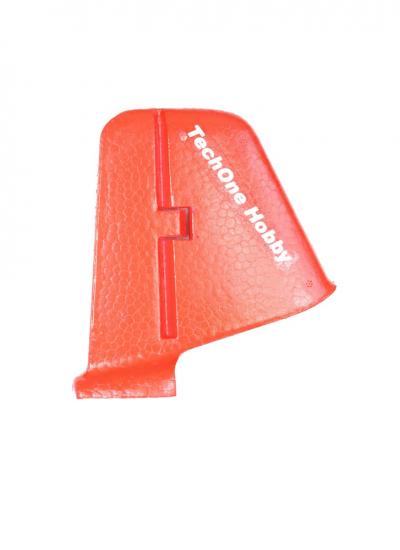