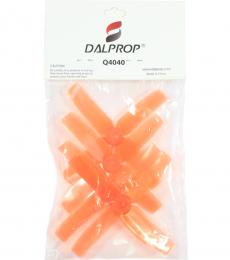 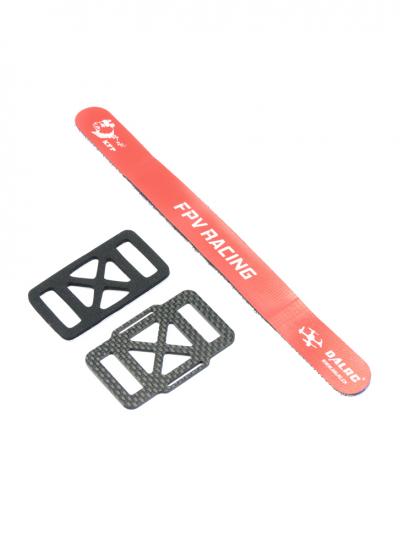 £6.00
If you are anything like us, you'll find changing batteries a bit of a faff. Securing a battery with just a regular Velcro strap can a be a little bit awkward and sometimes difficult to secure tightly. That's where this battery mount comes in. Unlike conventional Velcro straps which use a loop and then wrap around on themselves, this one has Velcro hocks on both ends so it secures to itself on both sides. This makes battery changes much quicker; trust us it works very well. With it, the mount can hang below your frame so you can simply insert the battery and then adjust the strap to secure. The mount comes with a anti-slip foam pad so the battery ends up being held very securely. The carbon fibre plate also gives the battery some extra crash protection. The mount is the perfect size to hold a 3-4S racing drone battery. To use this mount, your frame must have two battery strap slots.
Brand:
DalProp
Collection:
Frames, Props & Parts
Category:
Battery Mounts 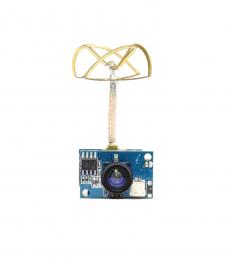 £29.00
FPV setups needn't be complicated, proven by this tiny little all-in-one camera transmitter unit. Simply provide power and attach it to your model to get a live video stream. To view the image, we recommend using something like the Hawkeye FPV monitor – between the two that’s a complete FPV setup for under £115. The unit requires a 3.3-5v power input, so it's easily powered from a 1S LiPo battery; it's very much plug and play. The transmitter has a switchable 25mW / 200mW output, so you can use it legally in the UK without a licence on 25mW. It also has 48 channels, including RaceBand frequencies making it compatible with most FPV gear out there. The channels are easily selected via a pushbutton. Another neat feature of the camera is that you can flip the image, useful if you end up having to mount the camera upside down. As the camera/transmitter unit is extremely small and lightweight, it could be installed on almost anything. To attach it you could use something as simple as Velcro. Lots of people are using them on micro quads like the Blade Inductrix to race FPV around their house. It's also particularly suited to some of the 'FPV Ready' aircraft coming to market such as the Hobbyzone Champ S+. Features: Micro sized and lightweight Easy install, plug and play 47 channel 25mw / 200mW VTX w/ Raceband Push button control channel selection Compatible with NTSC/PAL systems Supports image flip Operation: Channel Selection: Short press to switch channel, long press (2S) to change bands. Image Flip:  Long press (5S) NTSC/PAL: Dip Switch 1 ON = PAL / OFF = NTSC RF Power Level: Dip Switch 2 ON = 25mW / OFF = 200mW   Compatible with the FPV Ready Hobbyzone Champ S+.
Brand:
DalProp
Collection:
FPV, Cameras & Gimbals
Category:
Cameras
Barcode: 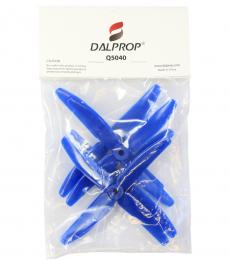 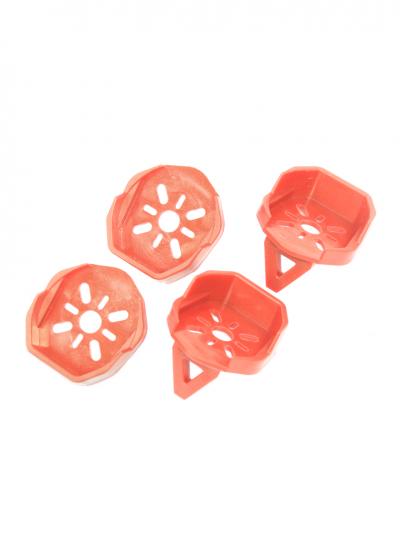 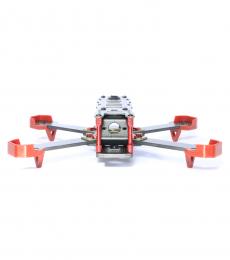 £59.00
DalRc are best known for their class-leading racing drone props, but they also make some very nice frames, the XR215 being one of them. As frames go, the XR215 ticks a lot of boxes. It's well made, durable, looks the part, and best still feature packed. Firstly we'll start with its construction. It's uses high quality 3K carbon fibre that gives it great stiffness and lightness. In comparison to lots of other frames, the XR215 uses slightly thicker 3.5mm carbon fibre arms which gives greater rigidity and crash resistance. Even if you do somehow break an arm, they are easily replaced; it's just a matter of removing three screws. The carbon parts are spaced using lightweight aluminium spacers. Aluminum components are also used to secure the arms and cleverly double up to provide a mounting point for a standard 36mm flight control boards such as the Naze32. For those planning to use the frame for FPV, there is a tilt adjustable camera mount and antenna cut out in the top plate for its neat installation. Lastly, the frame comes complete with tough plastic motor guards, which form the landing gear - these are optional and can be removed to save weight. The XR215 is more than just a frame though; it also features a well-designed power distribution board (PDB) with integrated OSD (on-screen display). The PDB has to easy to solder pads for your ESCs and battery connections and neat plug type connections for flight controller and FPV inputs. As the wiring of it goes, this PDB really makes it so easy! It helps to keep everything neat and tidy too, which also saves weight by streamlining the wiring. The PDB has 12 and 5 volt BECs built-in ready to power your FC and FPV gear. There are auxiliary output connections should you need to power anything else from these regulated power supplies. The bonus feature of the PDB is its integrated OSD. With it you will be able to overlay telemetry data such as battery voltage and current consumption onto your FPV feed. Lastly, the XR215 also feature a rear LED light and buzzer, which can be programmed to display status updates, such as a low battery alert. The Plus model is the upgraded version of the original XR215. Several parts have been optimised to make the frame even better. The top body plate has been made narrower to reduce the total frame weight – down to 115g from 135g. The PDB has been reduced in size also; this gives more room for mounting ESCs. The arms are now separate parts and so can be replaced individually for faster repairs. Current detection has been added to the PDB, meaning that the OSD can display mAh consumption. Voltage and current draw are now shown on the OSD without requiring a FC connection. Finally, the camera mount has been improved allowing a greater range of adjustment; a tilt angle of up to 50 degrees is possible. Over all we can’t fault this frame. It's the perfect frame for a beginner or a serious racer alike. While it is more expensive than some frames on the market, the XR215 is not just a frame. If you were to buy a good frame, PDB and OSD separately you would probably end up spending even more. It even comes with the XT60 power wire and two nicely branded battery straps! Features: 215mm frame High strength 3K carbon fibre construction with aluminium spacers Adjustable FPV camera mount (up to 50 degrees) Built in PDB, OSD and beeper OSD supports voltage, current consumption mAh, flight time, artificial horizon, flight mode (FC connection required) Built in dual way 12V/5V BEC low ripple power supply Programmable LED taillight XT60 battery wire included Nylon motor guards (landing gear) Antenna hole and power outlet with protective rings Recommended: Flight Controller: Naze32 Rev 6 Motors: 2204/2205/2306 ESC: 20-30A Propeller: 5045BN/T5045 Battery: 3S 1000 ~ 4S 2200mAh​ Integrated PDB / OSD (supports voltage, current consumption mAh, flight time, artificial horizon, flight mode)   Includes low voltage beeper / lost model alarm and programmable LED taillight Naze32 R6 FC installation made easy and neat with the PDB plug connectors Complete kit, nicely packaged with assembly diagram included.
Brand:
DalProp
Collection:
Drones
Category:
Racing Drone Frames
Barcode: 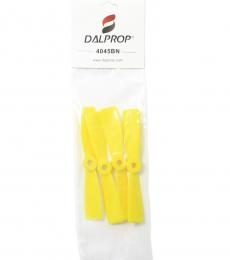 £2.50
Quantity Discount: Normal Price £2.50 Per Pack  40% OFF When Ordering 3  - 9 Packs  50% OFF When Ordering 10 or More Packs (Quantitiy discount applies to props of same colour and size) DAL is known for their props, being the number one choice for the majority of racing drone pilots. They are favoured for their near indestructibility and excellent performance characteristics. Bullnose props will provide smooth flight while providing more than enough power for punch-outs. Sizes: 4045, 5045, 6045 (8 Colours) 2 CW and 2 CCW props Extremely durable Great balance Excellent thrust
Brand:
DalProp
Collection:
Frames, Props & Parts
Quantity Discount:
Category:
Propellers
Barcode: